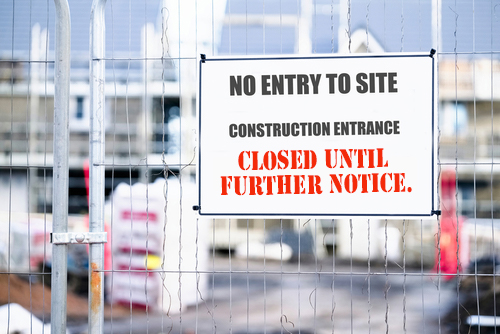 Construction is a risky business by nature, thanks to the wide range of safety, design, performance, diversity, labor and legal issues that can go wrong during the course of a project at any time.  Unfortunately, many contractors and owners inadvertently make things worse by communicating the wrong messaging when a crisis first hits their project or business.  Developing a ‘key messaging platform’ during a project’s planning stages can provide critical guidance on saying the right things when a crisis hits and defusing a potential crisis from escalating.

Developing such key messaging platforms is not easy, particularly since nobody can reliably predict exactly what crisis situations might crop up…or when.  However, smart contractors and owners can reasonably identify the potential downsides to their project before the contracting period and during the planning stages and develop broad categories of messaging to address these downsides.  While much of this messaging directly addresses the potential downsides of a project, an equally important factor to consider is the emotional response to a crisis that should be made.

When allegations of malfeasance are leveled toward a contractor or owner today, the public tends to carry a ‘guilty until proven innocent’ perception of the situation.  Whether the allegations are true or not, today’s smart contractors and owners include some aspects of regret, responsibility and reform in their public statements.  While legal counsel may be averse to such statements, that fact is that regretting that something happened is not an admission of guilt.  Nor is saying that we will determine who is responsible and see to it that it does not happen again.  This type of emotional sensitivity helps defuse the public’s anger and provides the contractor the opportunity – and the time – to determine who really is responsible, what will be done to correct the situation and who will pay for it.

Here is St. Louis during 2017, we have seen two high profile construction-related crisis situations that could have benefitted from key message pre-planning.  The ‘uneven, buckling floors’ alleged at the BJC Campus Renewal Project were first addressed by the ACW through denial and then blame before the regret, reform and responsibility messages were introduced. The contractual irregularities alleged in MSD’s Deer Creek and River Des Peres tunnel projects were explained away in legal interpretations while some board members showed a high level of insensitivity to the public’s interest.

United Airlines learned the insensitivity lesson the hard way after employees violently ejected a doctor from an overbooked plane back in April.  The CEO, who stood by his employees and defended their actions, dug himself a bigger hole by not being sensitive to how his customers – and potential customers – viewed his statements and justifications.  It was more than a week before the airline apologized, took responsibility, sweetened the deal for overbooked flights and began to change its policies.

The road to effective crisis management in 2018 and beyond should be paved with clear and simple messaging planned in advance that include regret, responsibility and reform.